The farmer peered out of his kitchen window at the hanging heads of corn, ripe and ready for the swift guillotine of the binder. He was waiting for the army lorry to deliver four German prisoners-of-war from the nearby camp who had volunteered to help get in the harvest, to substitute for all the village men now away at war.
The farmer’s wife was baking apple pies, apples from the orchard, lard from their pig butchered each year, and flour bartered from the trousered, blonde neighbor who never cooked but who needed the lard for her chips.
That was the way the war-time world went round.
At 12 o’clock, as always, she packed her husband’s sandwich and cold tea together with the still-warm, fragrant pies, and trudged through the summer-dusty lane to the harvest field. As if they had been waiting for her – the clanking of the tractor and binder stopped and the workers eagerly crossed the stubble to meet her.
She handed out the pies to the young Germans and quickly left to avoid the guilt she felt at the sight of the tears making furrows down one fresh hairless dusty cheek.
As she reached the lane her neighbour fell into step. She berated the farmer’s wife for feeding the enemy. “Enemy or not,” said the farmer’s wife, “They are someone’s boys.”
That was the way the war-time world went round.

Janet Glasser lives in Cambourne.
Note: Between 1939 and 1948, close to 400,000 soldiers from Germany, Italy Ukraine among others, became Britain’s prisoners of war. There were 600 camps spread all over the country. Treatment of POWs was governed by the Geneva Convention, a document formulated in 1929 and signed by all major Western powers including Britain, Italy, Germany and the USA. Armies were instructed to treat POWs in line with the convention.
According to Sarah Paterson, the first major influx was of Italian prisoners of war captured in the Middle East and brought to Britain. Following the surrender of Italy in 1943, 100,000 Italians captured, volunteered to work as ‘co-operators,’ thereby helping to solve shortage of labour particularly in agriculture. German prisoners arrived in large numbers after the D-day landing in France in the summer of 1944. By March 1945, there were close to 70,000 German prisoners of war ‘co-operating’ in Britain particularly helping farmers during harvests. From the end of 1946, Germans were allowed to visit British homes and develop friendships. 25,000 Germans chose to stay back after the end of the war.
http://www.iwm.org.uk/history/a-short-history-of-german-and-italian-pows-in-britain
Author profile 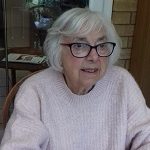