It was fortunate that Lilly was in the kitchen when the bomb went off. All the bay windows at the front of the three storey Victorian house imploded resulting in airborne razor like shards of glass.
There is a slow motion moment after such a catastrophic event when all the senses are overwhelmed. It was only later that Lilly recalled the smell of burning, the dust on her skin, the darkness, the fear that she had been blinded and the strange eerie silence of a world without electricity.
Dougal, the dog, was eventually found, shivering uncontrollably. He had squashed himself into an unimaginably tiny space under the stairs. Neighbors, friends, relatives cleared the debris. The windows were boarded up and the glaziers arrived the following day to take measurements.
Like the windows, Lilly found that her thoughts were splintered. In terms of people versus possessions, the importance of family and friendship strode out way ahead. But having faced her own mortality she now knew she wanted to leave something behind. She glimpsed the future where a little girl proudly announced, ‘This used to belong to my great grandmother’.
She thought about the gold watch in the jeweller’s window. And when her mind was made up, she went to the attic, took the precious savings for a rainy day and bought the watch. The note to her astonished but delighted daughter on Christmas Day read.

‘Let this be a token of my love for you. Let it celebrate life. Keep it in the family, a reminder to all who own it that there are few things in life greater than a mother’s love’.

Author’s Note:
I was born and brought up in Northern Ireland, a country divided by politics and religion. I left in 1970 when extremists on both sides of the politico-religious divide had become active. Small businesses  were  considered a legitimate target by one of the paramilitary groups. One such business had its administrative headquarters on the street where my parents lived. My mother who was then in her 60’s was alone in the house when the bomb went off. This incident took place in Belfast in the 1970’s. 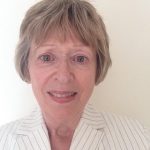