The passage of time has lent a surreal hue to the ghastly spine-chilling memories of 1984.

Those who survived to tell the tale, wonder if that blood-curling violence truly played out. Or is it just a recurring nightmare? 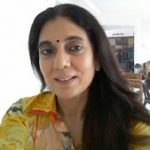 Payal Singh Mohanka is a journalist and writer based in Kolkata.