In a two part story, Irina recounts her growing up in Moscow and travels to India
I was born to Elena and Peter Gumenjuk in Moscow after the end of the Patriotic War, as the Second World War is referred to in Russia.
My father, Peter, was born in a small village in western Ukraine in 1919. He joined the Soviet army about the time that the Patriotic War was beginning. He trained as a battle tank driver. Peter was transferred to Stalingrad where he was part of the well-known Battle of Stalingrad in 1942-43.

Personally, the victory cost him dear though the outcome was not without benefits. The tank he was commandeering burst into flames and he was badly burned, an injury that he bore till the end of his life. But for the time being, he recovered and was duly honoured by the Soviet state. He was awarded a scholarship to the Military Academy in Moscow. He moved to the Russian capital where he made his home.

Peter met Elena Palytov, a young dentist and they married soon after the war ended in 1945. Those were difficult times and the young couple did not find accommodation in Moscow and had to share a single room with Elena’s mother, Maria.

My grandmother, Maria Palytov’s birth and life reflected in interesting ways the unfolding of the political process that transformed the Russian state. She belonged to the Kalmykov family which in Tsarist Russia was fairly well-to-do without being lavishly rich. The family owned few properties in central Moscow. She was provided with a good education and attended the gymnasium where she learnt German and French. Maria’s education and linguistic skills stood her in good stead later in life.
Maria Kalmykov married Nikolya Palytov who was born in Arkhangelsk in the north of Russia. Nikolya’s father was the Governor of Arkhangelsk and clearly a man of importance. He was also a man of arts and letters as family memories record. Maria and Nikolya Palytov must have begun life with dreams that their privileged background permitted. They had two daughters who they named Elena and Ludmilla. But life took a different turn.
The Kalmykovs lost their properties which were expropriated by the newly emergent Soviet state in Russia. In lieu, Maria was granted one room in an apartment that she and her family had to share with others. But real tragedy struck her when Nikolya died very young leaving Maria to raise her little daughters. She did a marvellous job of it, as Elena trained to be a dentist and Ludmilla became a well-known architect. During the war, Maria worked for the telegraph office where her knowledge of German must have been invaluable.

My parents, Elena and Peter Gumenjuk were able move out of their modest lodging very soon as their careers took off under the Soviet regime and they rose by the dint of their professional expertise to positions of privilege. That did not mean a lot of money. My mother as a dentist was rather poorly paid. When I see how well dentists do now, I regret that she was truly deprived. That, however, did not cast any shadows over their lives. My brother, Igor, was born 5 years after me.

After his full training in the Academy, my father Peter went up the military rungs. Given the political situation in Soviet Union and abroad, a military career meant transfers to places across the large and growing nation. Elena missed Moscow sorely and pined to return to the capital, reminiscent of the Three Sisters in Chekov’s play. Peter eventually moved back to Moscow. He was now a senior officer in the Soviet army and entitled to have a large apartment of his own. My parents, particularly my father, were very sociable and active in the cultural circuits. They had a large circle of friends who they entertained and together with them attended music concerts, ballets and theatre, as Moscow has always been celebrated for.
My brother and I were fortunate enough to be exposed to the best of Moscow. We had an elitist upbringing within the Soviet system. In school, I was an active member of the Komsomol[1] and deeply involved in the activities of the youth wing of the Communist party. After completing school, I joined the Moscow State University in the Institute of Oriental Languages. I wanted to learn a foreign language and chose Hindi, the largest spoken language of India with whom Soviet Union had a special relationship.

While at school, I became friends with Vitali Lebedev, 4 years my senior. His parents were friends of my parents and we often met in family gatherings. Friendship blossomed to something more delicate and serious. We fell in love and decided to get married. I was in the second year of the Institute when we married in 1966.

After graduating, I joined Radio Moscow in 1972. There was no vacancy in the Hindi department and I was instead asked to join the Marathi department. I began learning Marathi, the regional language spoken in western India, in Moscow, which didn’t seem too difficult since it shared a common script with Hindi. Three years later in 1975, the Soviet state sponsored me to travel to India and study Marathi for 10 months at the Pune University. In India, I first encountered democracy and realised the difference between my homeland and this country that was to become my adopted motherland. It was the beginning of another long love affair.
Part II to follow
[1] Youth organization of the Communist Party of the Soviet Union.
Author profile 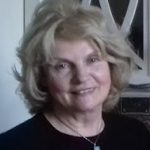 Irina is a language scholar who lives in Moscow.