This incident took place in Chhattisgarh way back in 2006.

Chhattisgarh attained statehood after it was carved out of the large province of Madhya Pradesh in the year 2000. The state borders six provinces -Madhya Pradesh, Maharashtra, Andhra Pradesh, Odisha, Jharkhand and Uttar Pradesh. I doubt if any other state in India touches so many bordering states. Had it been an independent country, its entire army would have had to be deployed to guard the borders.

Chhattisgarh is a heaven for tourists- a treasure trove of places to explore which  unfortunately  remains untapped and unknown to normal tourists. If you want to feel the pulse of India visiting 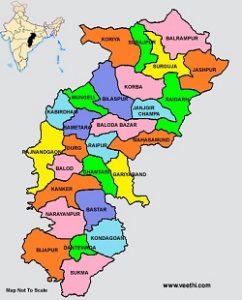 Chhattisgarh should be on your itinerary for you are offered a wide selection to choose from: historical monuments, ancient caves and rock painting, natural surroundings like beautiful waterfalls, forests and wildlife and religious and holy places including temples and ancient Buddhist sites are spread all over.

My story is of a different nature. I was posted as the Chief Commissioner of Income-Tax in the state, stationed at Raipur the capital. As part of my official schedule, I was required to undertake tours visiting cities and towns within my jurisdiction where the department of Income tax had offices. I must admit that along with official work and commitments, time was also spent on sojourns for pleasure. Some officers were known to spend more energy on the latter than the former, but I wasn’t among them.

I was on a visit to Bilaspur, just over a 100 kms north east of the capital where one of the Commissioners was posted. From there I paid a visit to Mainpat further north east which was a pleasure trip. Mainpat is a hill station, abounding with waterfalls, dense forest and a variety of flora and fauna. A large number of Tibetan migrants settled here after His Holiness Dalai Lama moved to India in 1959. There are several beautiful Buddhist temples and monasteries all around their settlement. The main sources of income for the settlers are carpet weaving and potato cultivation. Interestingly there was a lot of intermingling between beautiful, local, tribal women and young handsome Tibetan men.  Many fair kids with light eyes could be spotted among the local population.

I was accompanied by my wife and a big contingent of staff. My wife was very popular with the officers and staff members because she interacted with everyone with warmth and affection. Besides, they assumed that keeping the lady (Madam, in popular parlance) in good humour would please the senior boss. It was like a feudal convoy of a small time zamindar, cooks and abundant food, musicians and local artists and a fleet of vehicles following. Among the officers accompanying us was Mr. Sharma, Assistant Commissioner who was popularly known as spooky Sharma, He claimed that he could connect and interact with departed souls and spirits. On this trip, he kept us riveted with one of his surreal experiences.

Sharma had rented a house in Korba, an industrial city not far from Bilaspur, which, according to local people, was haunted. The landlord was so delighted to have finally found a tenant that he asked for a bare minimum rent. Sharma’s story  was quite extraordinary but given the fact that he shared it with his senior most boss, one can assume he wasn’t fibbing.

As Sharma settled into the house, he became aware of an eerie, ghostly presence. Not to be deterred, Sharma did some investigation and found out that there had lived in the house a couple who died in an accident, leaving behind their small child. He persisted and made contacts with the spirits to find out what they were seeking. They wanted to know where their child was. Sharma tracked the child down and found out where he was being raised. Through his unique mode of communication, Sharma conveyed the information to the unhappy couple. Ever since he has lived peacefully in the house, never to be disturbed by anyone-human or spectral.

My own experience in Mainpat was of a different kind – real but inexplicable. We had put up in an old PWD bungalow which had been built in 1915 at a cost of Rs 5000. We found this bit of information pasted on the wall at the entrance.

In the evening, the entire team sat around in the open space in front of the bungalow surrounded as it was by thick forest. The cook was busy serving tea with samosas and other fried snacks. In front of this 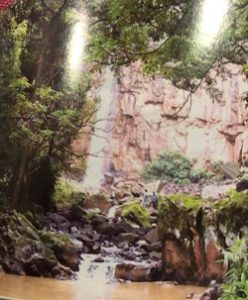 space about 60 yards ahead, was a raised circular platform with thick trees around it and a cluster of greenery in the centre.

I decided to take a walk around this platform. It was quite a sprawling area and the walk took me away from where my wife and others were sitting and took longer than I had anticipated. When I got to the other side of the platform, it had gone dark and so I could not see the others.

Suddenly I had the distinct feeling that I was being followed and then as if someone was walking by my side, close enough for me to feel the person’s presence. This was a Naxal dominated area and the police had warned us to be careful. It was shadowy and for a moment I thought it could be a Naxalite1 who I could not see properly in the dusk but when I looked back and peered around, there was no one. As soon as I came to the side where everyone was sitting, the feeling of being followed vanished. 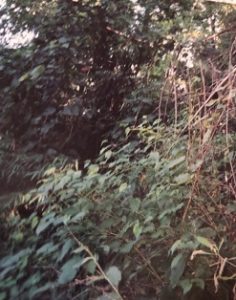 I felt quite uneasy, a little creepy, but decided to take another round. Halfway on the path, I again had the same feeling. This time, I could even hear a noise that sounded like soft footsteps. It is difficult to describe the atmosphere and the sensation I felt. I was scared no doubt, but at the same time my instincts told me that nothing was going to harm me. While completing the round I looked hard into the forest next to the bungalow. It was full of glow worms that blinked in the growing darkness but in between their glows, there appeared to be something different. Did they not resemble eyes staring? Or was I imagining?

This time, I returned somewhat in haste to where everyone else were sitting and breathed easy. I have no explanation but the experience and the sensation I felt, still haunt me.

Was it a figment of my imagination? I am not sure, but I think not.